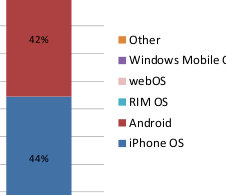 With Google Android still very new in the mobile device marketplace, we are starting to see it creep up on the iPhone.

The Google Android mobile operating system is beginning to make some ground into the mobile phone marketplace. Most importantly, it’s marketshare is showing growth from month to month, whereas the iPhone’s growth is becoming stagnate. In fact, we can even say that it’s decreasing.

Take a look at the charts below (provided by OSNews): 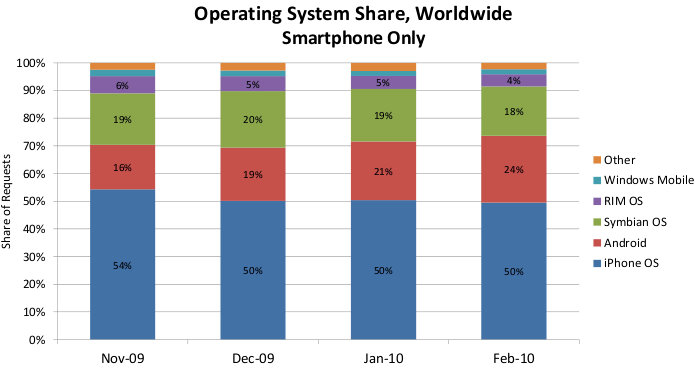 In the United States, Anroid devices have almost overtaken the iPhone

The stats above show the worldwide numbers, but nothing is quite as profound as when you look at the United States comparisons.

Is the “wow factor” of the iPhone diminishing?

It almost appears as though the iPhone is losing its luster in the marketplace.  Android devices are popping up all over the place, and with multiple carriers. Yet the iPhone is housed within Apple. 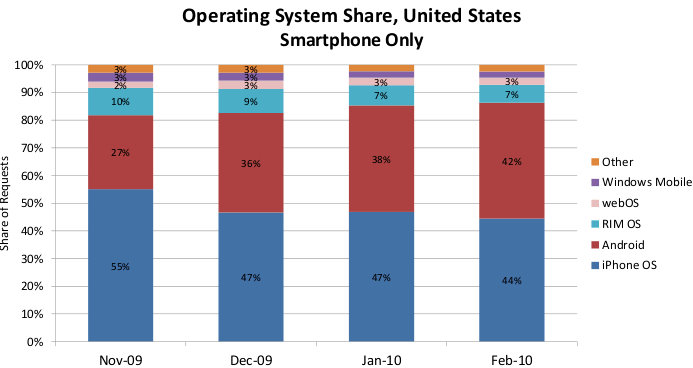 9 replies on “Google Android Creeping Up On iPhone (Chart)”

Look like Google's open source Android is going to be head to head with iPhoneOS anytime soon. This is a good market movement. In the end, it is the end users who willbenefir with this competition.

The numbers you are citing are not marketshare, but "mobile web usage". iPhone has dominated the mobile web both worldwide and in the USA because it had the best browser for quite some time; it's mobile web share is declining now not because the actual marketshare is declining (it's actually still growing, though not nearly as fast as Android), but because other smartphones now have good browsers as well.