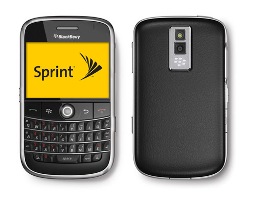 According to MobileCrunch, Sprint is set to sell two new Blackberry devices, according to a screenshot of Sprint’s inventory system.

“The BoyGenius dug up these inventory order form screenshots showing the BlackBerry 9650 (otherwise known as Tour2) and BlackBerry 8230 (which, as long as RIM is being consistent with their model numbers here, is the BlackBerry Pearl Flip) — neither of which is currently available on Sprint — up for order to retailers.”

Apparently, it’s bee a long time since Spring released a new Blackberry device. But if you’ve been waiting on Sprint to come through with a new Blackberry, your wait might just be over.

With full screen, web app driven data devices like the iPhone, Nexus One, and Droid phones, Blackberry seems to be falling behind the times.

What do you think about Blackberry these days?

Are they losing relevance in the mobile market place?