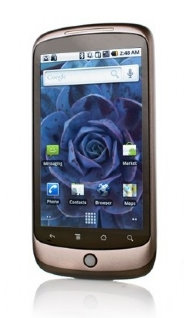 Google is apparently recommending customers to buy the new Verizon Incredible phone, instead of waiting around for the Nexus One device. Here is what PC World is claiming that Google has said regarding the Verizon Nexus One phone and the Verizon Droid Incredible:

“In the US, if you’ve been waiting for the Nexus One for Verizon Wireless’ network, head over to  Verizon to pre-order the Droid Incredible by HTC, a powerful new Android phone and a cousin of the Nexus One that is similarly feature-packed,” says the Nexus One blog. The phone’s online order page has a similar recommendation.

I wrote last week about some of the reasons why the Verizon Nexus One might be getting delayed by Google, or even possibly by Verizon. And I’m of the opinion that the greatest factor influencing the arrival of the Verizon Nexus One is the terrible customer service that is associated with Google.

Do you think Google is now trying to distance themselves from dealing directly with the Nexus One, and letting the phone carriers pick up the tab on the customer support?