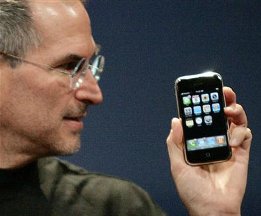 I need to update my prediction on when I believe the generation of the iPhone – the iPhone 4G – will be announced. Previously, I predicted the iPhone 4G release date / announcement to be June 22nd as it has been speculated that Apple reserved the Yerba Center in San Francisco for a conference. I was of the opinion that Apple was going to use this platform to make their announcement.

I now believe we will hear about the new iPhone 4G on June 7th at Apple’s Worldwide Developers Conference (WWDC) that will held at Moscone West in San Francisco.  The WWDC runs from June 7th – 11th.

The Apple Worldwide Developers Conference (WWDC) is the premier technical conference for developers innovating with Apple technologies. Over 1,000 Apple engineers will be at Moscone West to present advanced coding and development techniques that will show you how to enhance the capabilities of your applications with the revolutionary technologies in iPhone OS and Mac OS, according to Apple’s website.

I believe that on June 7th, day 1 of WWDC, Steve Jobs will take the stage and announce the new iPhone 4G to the world. This will be a big announcement for Apple as they are already experiencing record world-wide sales from the current versions of the iPhone.

As we learned a couple of weeks ago from Gizmodo, and the lost / stolen iPhone prototype, one of the biggest features of the iPhone 4G – besides the 4G speed factor – is the forward facing camera.

The forward facing camera makes us believe that the iPhone 4G will facilitate video conferencing – a huge step in the communication and conferencing for mobile devices.

Some other predicted features of the iPhone 4G are faster processing power and longer battery life.

So let’s see what happens in about month and half – we might have ourselves a new iPhone 4G coming to a Verizon store near you!