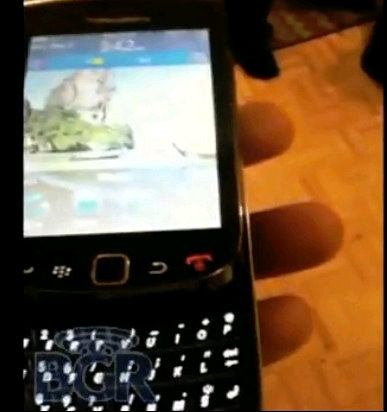 Here’s what BoyGeniusReport had to say about it:

One of our BlackBerry connects sent us in a nice treat a little while ago… it is the first ever live video of the mythical BlackBerry Bold sliding device coming out of Waterloo. The quality of the video is also decently clear, so check it out, okay? We’re still trying to confirm the model number of the handset, but it’s definitely in the Bold lineup as has been rumored, and now confirmed via the branding on the back of the phone. Oh, the device is also running OS 6.0. Video is after the break!

So here ya’ go – check out the new Blackberry Bold 9800 Slider video:

Do you think that Blackberry is making a good move by releasing a slider version of the Blackberry data phone?

There have been rumors of future iPhone releases being tailored more toward the enterprise client. And if the devices like the iPhone are designed with enterprise clients in mind, then I think the Blackberry will be faced with substantial long term problems.