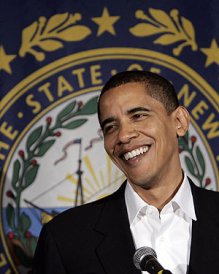 The month of May started out with a bang! No sooner did we flip the calendar over from April to May did we all of sudden find ourselves as the recipients of an affair that could have shaken the very foundation of our country.

On May 1st, rumors started flying on the web and beyond over Barack Obama having an affair with White House intern Vera Baker.

No new updates since May 6th

If you go to Google News and search the for “obama affair” or some other related search, you won’t find any updates since May 6th – at least that’s what I’ve seen – which tells me that the Obama affair rumors with Vera Baker has quietly disappeared from the face of the earth.

It’s funny how something like this, even if it’s not 100% true, suddenly dies out and suddenly the public has no interest in learning the truth – at least that’s how it seems to me.

So no new updates, and nothing being reported about the alledged affair.

Either the media have found a way to suppress this story, or there really is no substantial evidence to pursue.