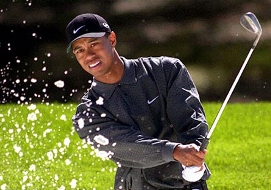 The Players Championship is proving to be more a challenge than Phil Mickelson and Tiger Woods both anticipated. They both were tied at the end of 2nd round play, and neither one are having spectacular games.

Heath Slocum is the current leader on the Players Championship leaderboard coming in at -15 (15 under). Lee Westwood is 2nd at -13 under, Francesco Molinari is at -12 under. Both Chris Stroud, Tim Clark, and Lucas Glover are all tied at -11 under.