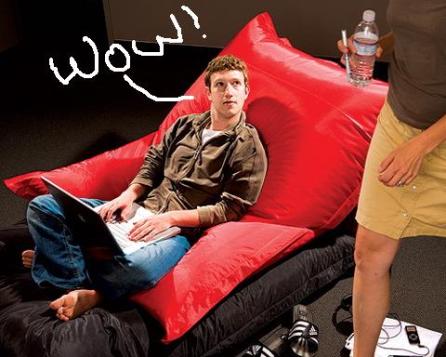 A lot of people are talking about the soon to be released movie about Facebook called The Social Network.  The movie is really more about the Facebook creator Mark Zuckerberg and from initial reviews, there are some harsh realities about Zuckerberg that are presented.

For example, the movie shows Zuckerberg trying to make up for his sexual insecurities by having sex with random women in bars. And also sheds light on the breakup from his girlfriend at Harvard, and the following website created by Zuckerberg that compares women to barnyard animals.

According to the ex, the reason girls didn’t like Zuckerberg had nothing to do with being a tech geek, as he often said. It was just because he was “an asshole”.

8 replies on “Mark Zuckerberg, Creator of Facebook, A Sex Addict?”

Anyone can tell the f* is a narcissist. He cares little about anyone else (and obviously their privacy).

Interesting news brief, but you may want to work on your English composition skills.

Just because it’s in the movie doesn’t mean it actually happened. The screenwriter admitted to focusing more on storytelling than truth. Learn how to separate truth from reality before posting false blogs you little twit.