Despite Apple shares being down over 1.6% today, as I wrote yesterday Apple’s stock price is up over 105% for the trailing 12 months. 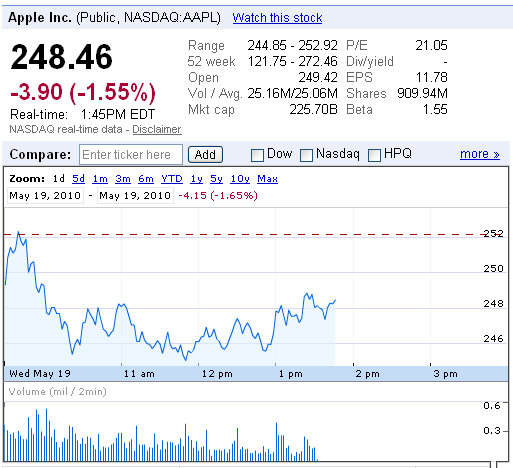 As you can see, Apple shares started off with a jump as the markets opened. But then, almost immediately, Apple shares took a dramatic nose dive and have been struggling to get back those initial gains.

Some of the concerns that are suppressing not only Apple shares but the market as a whole are the European economic struggles. Despite a massive bailout plan by the European government, the European economy shrugged off that bailout and continues in a downward spiral, dragging the US markets with it.