Samsung Behold 2 is only getting Android 1.6 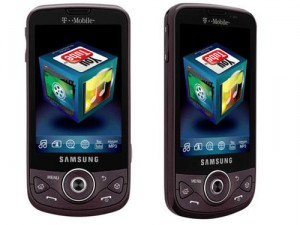 While I know that the HTC Dream & HTC Magic can be rooted to run a ported version of Android 2.0. I am not sure if anyone has worked with the Samsung Behold 2 and ported higher versions of Android to it. So if you happened to own the Behold 2 how do you feel about this?

17 replies on “Samsung Behold 2 is only getting Android 1.6”

As far as am concerned if tmobile and samsung cannot hold THEIR side of the deal why should I. am terminating my contract with tmobile today. Hopefully people will wise up and do the same. Am disgusted with having to deal with liars .I EXPECTED to get what i paid for .

I am right there with you Joe!!

T Mobile USA just doesn't get it. Any former user who bought a Samsung Android phone is frustrated. The Behold will only run 1.6. The Moment runs a crippled 2.1. If T Mobile wants to offer Samsung Galaxy ALL USERS SHOULD STAY AWAY, IT WILL NOT RUN Gingerbread or anything else. Samsung has a history of NOT UPGRADING THEIR phones. Until Samsung proves the contrary with existing phones this would only be wasted money. If the product was HTC based, maybe it would have a good choice if it was Motorola, Maybe, but Samsung… they can keep it.

everyone plz make a report to the better business bureau. we have the proof to back it with the video out. they falsely advertised that we would get get the andriod 2.0 update. none of us would have purchased this phone if we knew that it will be a substandard operating system. for what we paid we could have gotten a much better phone.

Have a Behold II, have tried really hard to like it but just can't. And if Samsung and T-Mobile aren't going to update it, well, bye bye to both. Won't be coming back soon, if at all. Sorry, that's the way it is.