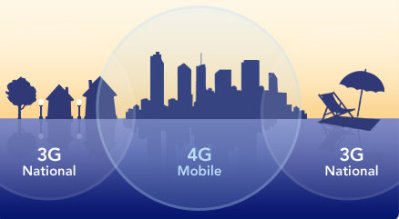 First let me update you with the absolute latest on Sprint’s 4G coverage areas / 4G coverage cities, directly from their website .

There is a lot of speculation about the current and future expansion of Sprint’s 4G coverage, so hopefully this will help. And there are sure to be comments below with cities that are due to get 4G coverage, but aren’t yet listed. 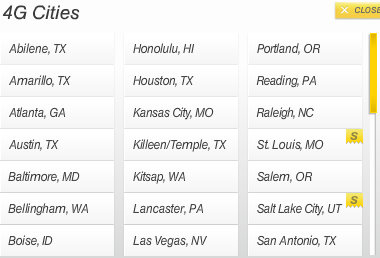 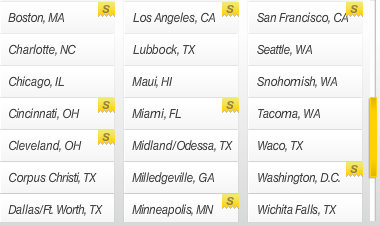 So there you go, that’s the absolute latest updates from the Sprint website regarding 4G coverage and cities.

It seems to me that Sprint is rolling out 4G coverage to smaller metro areas in order to test out 4G speed and stability before opening up to major metro areas like New York, Los Angeles, and San Francisco. However, Chicago is already on board with 4G coverage as well as the entire island of Oahu, Hawaii – so I’m not entire sold on the “testing” theory in smaller markets.

And from the price quotes I’ve gotten from Sprint retailers, the $10 extra per month for 4G coverage is nominal, even if you aren’t currently in a 4G coverage area, compared to regular pricing with carriers such as AT&T.

How the hell did York, PA get on there. I thought 4G was coming to wilmington

What a friggin joke! How is the 5th largest city, Phoenix, not included on this list???

THANK YOU!!!! THE LACK OF COVERAGE IN THE FASTEST GROWING STATE IS WHAT'S PREVENTING ME FROM BUYING THE EVO VS. THE IPHONE 4

Folks. Carriers are smart when they deploy in this fashion. Hit smaller test markets first and then to larger ones once testing and throughput is confirmed. Also, there may be issues that you and I are not privy to, such as zoning requirements or tower placement issues. Always be slow to pass judgement.

As long as I see my city, Dallas, I'm good to go Friday!

Will long island get it when new York gets it??