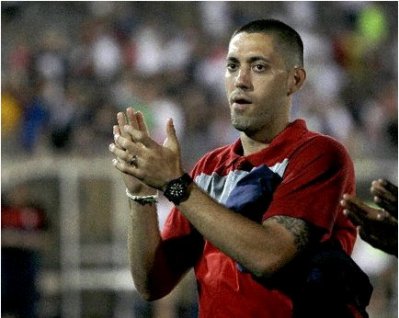 The 2010 World Cup is upon us and people are already scouring the for start times, news, and information about their favorite country and team.

The United States soccer team is already getting a lot of attention in Google as people are searching for us vs england, us vs england start times, and other related keyword phrases.

According to the 2010 World Cup schedule, the United States doesn’t play their first game against England until Saturday, June 13th at 20:30 hrs Johannesburg time.

As a point of reference, New York is (-6) hours – that is, 6 hours behind the World Cup time zone.

After Saturday’s game against England, the United States soccer team doesn’t play again until next Friday, June 18th when they will face Slovenia at 16:00 hrs – or 10am New York time.

After playing Slovenia on Friday, June 18th, the United States will play Algeria on Wednesday, June 23rd at 16:00 hrs – or 10am New York time.

Finally, the United States soccer team with face Algeria on Wednesday, June 23rd at 16:00 hrs – or 10am in New York.

Here’s the break down of the United States (USA) World Cup 2010 schedule:

I hate to inform you all but, Saturday is the 12th of June!

Go to and there is an option to convert the times to your own time zone. It’s works well for those of us not in the mainland US.

i want to add World cup in my Site..