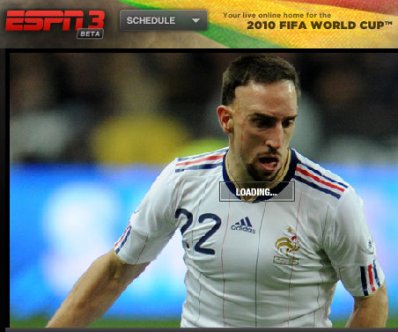 The 2010 World Cup has begun and already we have 1 soccer match under our belts. Earlier today South Africa played Mexico in the opening soccer match that ultimately ended up in a tie score of 1 – 1.

Here’s a screen shot of the 2010 World Cup Bracket on ESPN’s SoccerNet website – visit the website for a full comprehensive view of the bracket: 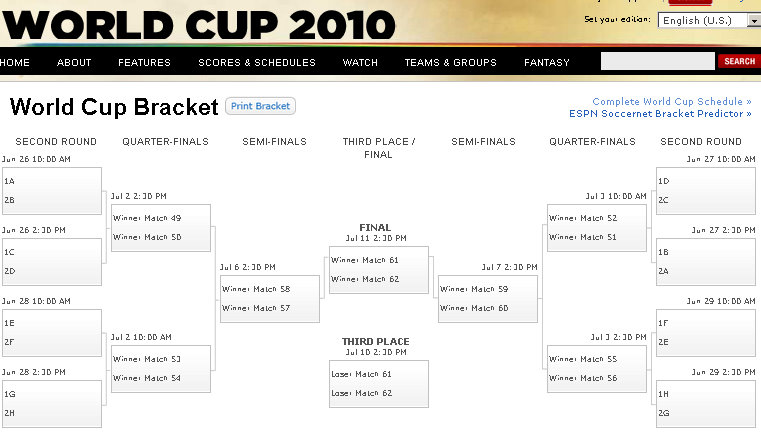 And once again, ESPN has put together the most comprehensive, easy to read and follow diagram that lays out the entire 2010 World Cup games, the schedule, and the scores as they happen. Again, visit the ESPN website to get the best experience from their graph: 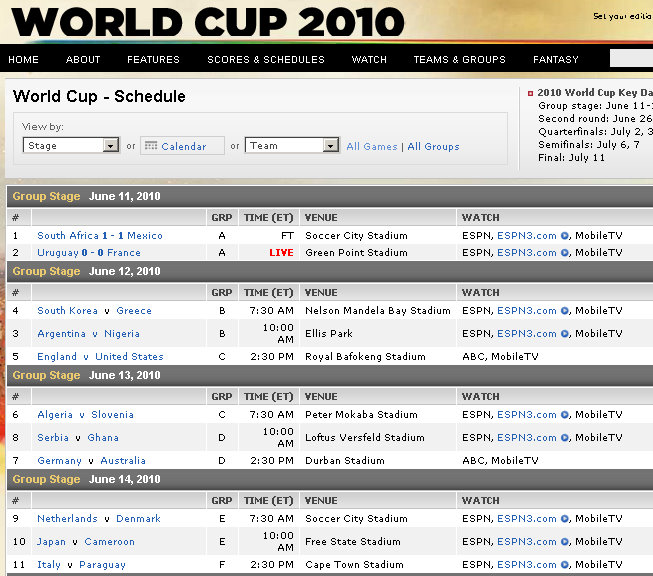 As you can see on the 2010 World Cup schedule and scores above, you are also given the times and channels to watch the games. The majority of the soccer matches are available on ESPN3.com and MobileTV.

The best way to watch the 2010 World Cup online live is at ESPN3.com – live coverage of all of the World Cup games can be viewed there.

south africa had the match under control and throw it away…. that bad

Netherland vs Spain.. who is the next winner…