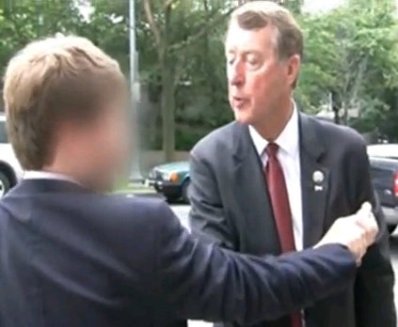 Earlier today, I posted the video of North Carolina Democratic Representative Bob Etheridge attacking a couple of college students who were doing some citizen journalism with their video device.

In the video, Representative Bob Etheridge was walking down the street when a couple of college kids approached Bob Etheridge to ask him some questions. One of the questions was “do you fully support the Obama agenda?” At this, apparently Bob Etheridge took offense to the question and all of a sudden snapped and actually grabbed the kids that were holding the camera.

Later today, Representative Bob Etheridge issued an apology for his actions by saying this:

“I have seen the video posted on several blogs,” Etheridge said in a statement. “I deeply and profoundly regret my reaction and I apologize to all involved. Throughout my many years of service to the people of North Carolina, I have always tried to treat people from all viewpoints with respect. No matter how intrusive and partisan our politics can become, this does not justify a poor response. I have and I will always work to promote a civil public discourse.”