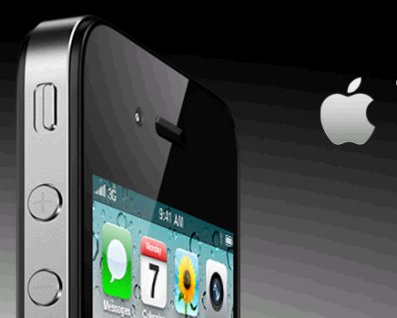 The day that iPhone fans in the United States are chomping at the bit about has come about 5 hours early for UK iphone fans! So is anyone envious of UK at the moment? Do you wish you lived in London right now?

In the UK, there are five major mobile phone carriers that will be offering the iPhone 4. Those five carriers are:

Accordint to Engadget, Three UK was the very first carrier in the UK to actually announce they will be taking iPhone 4 pre orders on June 15th – which is now today.

Apple announced earlier they expect to sell 3 million iPhone 4 devices a month and they are ready with the supply needed to meet that demand. The strategy by Apple seems to be a lot different with the iPhone 4 compared to previous iPhone releases.

With the iPhone 4, Apple is leveraging several different retailers both in the United States, and throughout the world, to facilitate the sales of the iPhone 4.

62 replies on “iPhone 4 Pre Order Launches In The UK”

going to bed since im in the UK too and time is 01:17, still no preorder yet. yawn.zzzzzzzzz

Im getting pissed off with it all now (From Oxford, UK) JUST WANT TO PRE ORDER

I live in UK I make it 01:16 and still no pre-order on any network providers website or the Apple Store both UK and/or US. Only thing I can assume is pre-orders might start at about 6-7AM to co-inside with it being midnight 15th June 2010 in America.

Still nothing and its gone 8am :(

UK App store is down – so at least they're doing something. Does anyone know if you can pre-order via apple and then upgrade to it from o2 contract?

Just spoke to a o2 rep, and o2 will NOT be doing a pre-order service!! but they did say they may release the handset prices today..

Apple will be doing a pre-order service – but only for new customer, not upgrades!!

Hmm interesting. I'm actually after it off-line so I hope Apple are offering this!

Pretty poor standards to be honest. As a developer, sites should have a test environment etc. All these "leaks" like Voda's tarriffs should not happen nor should Apple be "doing something". It's either live…or not.
Unless its all a marketting scheme in which case…hurry up and make the site live!

ah this is rubbish, you can now hit pre-order but then its saying page cannot be found lol

Managed to get one step further but same message when trying to add to basket
Prices are:
16gb: £499
32gb: £599
Apple care £60
Bumper protection: £25
Then theres the other stuff like extra plug/cable etc

I've just pre-ordered mine from the Apple UK website for pick up in the Westfield store on the 24th!!!

Grr How!?
I still keep getting An error has occurred during your session. Please return to the Store Menu to continue shopping.

That's whne I add it to basket

It just worked, even had time to create a new user ID as I'm new to Apple. went through okish, had to go back and reload the page once cos it crashed, just keep trying, I got this on the last screen:
Thanks for reserving your iPhone for pick-up at the Apple Retail Store on 24 June. You’ll receive an email confirmation shortly and we’ll have your iPhone ready and waiting for you when you come in to the store to pick up and pay.
but still no e-mail, just have to wait I guess, i'm also going to go down to the store today to check whats going on.

Getting somewhere now…
Managed to add it to the basket
It's now slowing down on trying to login.

Whohoo! Done!
Didn't get an option to pickup so I've left it to deliver on the day

well done akash! im still waiting on it to be release on contract! (UK) at&t have in usa

Based on Nick's comments above, sounds like you have a long wait until the 24th for O2 to get it on contract

I've been watching the other thread where the US are trying to get their hands on it and failing – quite amusing – never thought I would fall for these first-in-line purchases!

"An error has occurred during your session. Please return to the Store Menu to continue shopping" Cant even get to the apple store anymore. It's changing between the store is down to that annoying message. C'mon Apple! You knew this would happen.

now it says "We'll be back soon"……arrrg

Just got email confirming the order
I feel like a kid on xmas! Best thing is I get it on the day of my birthday ;)

I've been having issues since they opened up for pre-sales