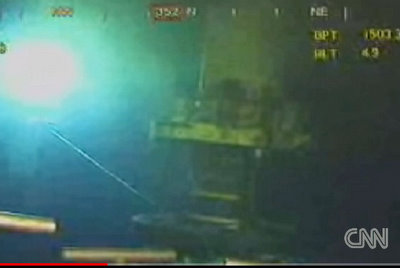 This amazing new video shows BP underwater robots plugging the gushing oil well that is 5000 feet deep in the Gulf of Mexico. BP announced earlier today that the new seal cap could be in place by the end of today, but from this video footage, it looks like it is secure.

Now the BP engineers will be able to determine the exact pressure and flow of the oil pipe, and then make better decisions from there.

It has been estimated by scientists that approximately 50,000 barrels of oil are gushing from the BP oil pipe every day.

Here’s the video of BP plugging the leaking oil pipe: