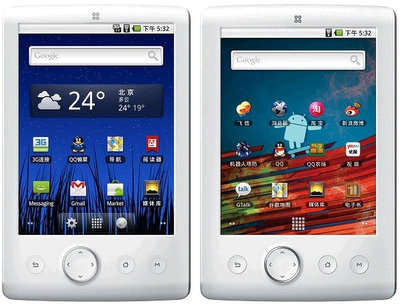 SmartDevices, the company best known for it’s Linux (Ubuntu) powered tablet, is about to release a new Android 2.1 powered tablet – the SmartQ T7 and the SmartQ T7-3G models. These new SmartQ tablets have a 7 inch touchscreen display and again, are powered by Android 2.1. The SmartQ has both WiFi and 3G support for Internet connectivity.

Engadget has broken down the price into US dollars for both of the SmartQ T7 devices: