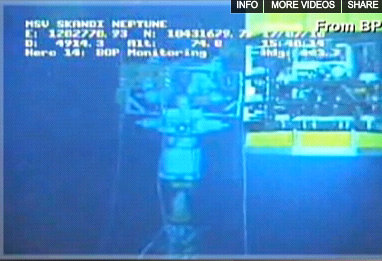 The testing so far of the new containment seal is encouraging, according to BP and government officials. Pressure in the well has been increasing steadily since BP stopped the gushing pipe on Thursday with a seal and cap containment system.

Pressure rising in the BP oil pipe is what the engineers are looking for. Increased pressure means there are no other leaks along the pipe and the seal containment system is working. However, the pressure within the oil pipe is starting to decrease from the levels it was recording early on since Thursday, which is expected according to BP.

Once BP has completed the testing of the pipe, which should be by tomorrow morning, “we will immediately return to containment, using the new, tighter sealing cap with both the [vessels] Helix Producer and the Q4000,” according to retired Adm. Thad Allen, the government’s response manager.

Looking forward, BP is says they are ahead of schedule with the two relief wells that are being drilled, and that will ultimately close down the damaged well once and for all.