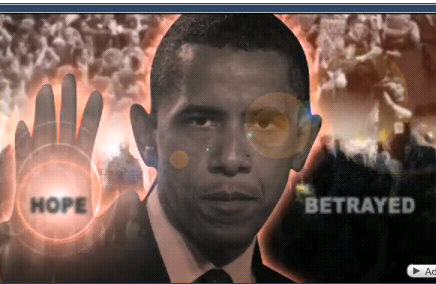 Is Google controlling the search results subjective according to Government influence and dictation from the very highest office in the land – The White House?

The video below called The Obama Deception, although playing here in its entirety – nearly 2 hours long – the video was reportedly removed from Youtube on Friday. Not only was the video no longer found in the search results, or anywhere else on Youtube, but the search term the obama deception was also nowhere to be found, except perhaps on page 50 or greater in Google.

Here’s the full length video of The Obama Deception:

Here is what Prison Planet is reporting about the potential that Google is manipulating search results according to the United States government’s direction:

As we reported Friday, the term ‘Obama Deception’ had surged to number one on the Google trends rankings, above Lindsay Lohan, the BP Oil Spill or the death of George Steinbrenner. What’s more, the viewcount grew by nearly 100,000 in that same single day, demonstrating the accelerated attention the film has been receiving.

Then suddenly the version of the documentary that had 6.5 million views and was linked to from all over the Internet was deleted, presumably by someone at YouTube or Google who had overriding access to the user account.

Now, the term isn’t even in the top 500 trends –  it doesn’t even register when searching.

As a response Alex Jones asked his readers and listeners to search the term ‘obama deception censored’. Extremely quickly that term also hit the top spot, with links to Prisonplanet and Infowars articles we had written covering the news.

However, that term now also no longer registers on Google trends.

Is Google in the government’s back pocket?

This raises a very interesting question and that is, is Google in the back pocket of the government? Google is far and beyond the #1 search engine globally. And the search data would obviously be highly influential in government research (CIA, FBI, terror threats, etc…).

But is it possible that Google will alter the search results if something is showing that could be potentially damaging to the Obama administration?

Google ultimately has control over their own search engine. And they could, I suppose, control whatever they wanted since they own the search property. However, if Google begins altering the search results then the quality and reputation of Google will start to decline and ultimately, in an extreme case, Google’s relevance would be irrelevant.