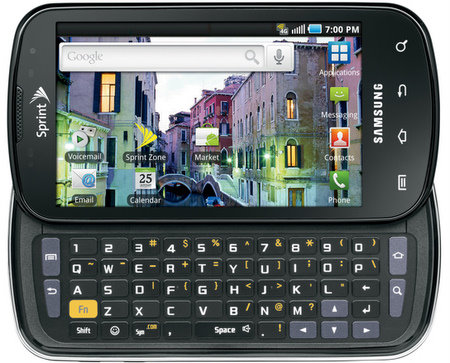 I just had someone post a comment on one of the articles I wrote about Sprint’s 4G coverage.

The question was this:

“are these right there should new york come on”

And I thought – you know what… great question!

Why in the world has Sprint left out the biggest city in the United States from their 4G coverage?

Is it because of New York politics?

Does Sprint not have enough resources to move into a market like New York?

There’s has to be something that is keeping them from covering New York in 4G.

But yet cities like this DO get 4G coverage:

I mean really… Reading, PA gets it but New York City is left out?

There’s got to be something more going on here that Spring isn’t telling us.

I think they are taking so much time to launch 4g in NYC because they want to get it right… With verizon breathing down sprint’s back with regard to 4g coverage. Some parts of NYC have a weak 4g signal while sprint is testing it. Lady in my local sprint store says launch probably around middle to end of august. Hopfully sooner!

Lots of surprise on that map. Stockton, CA but not San Francisco?

For the record, 4g is now testing in nyc and actually I’m using it now. I did speed tests today in fact and got 9.1mbps down and 1mbps up. Just be patient. It’s coming. BTW…i live in the Lefferts Gardens section of Brooklyn.

wow – that’s awesome – thanks for sharing

What I think is going on is that Sprint wants to test this technology carefully before they can deploy it in bigger markets like New York. They want to get it right from the start, considering the AT&T data glut fiasco and the fact this is is an entirely new technology. I don’t blame them.

What I think is going on is that Sprint wants to test this technology carefully before they can deploy in bigger markets like New York. They want to get it right from the start, considering the AT&T data glut fiasco and the fact this is is an entirely new technology. I don’tame the

Craig – can you share how you know you are actually on the 4G network? What does the 4G widget look like when you are on 4G? Is the toggle lighted green?
I just toggled mine on (HTC EVO) and the 4G widget displays a green toggle.
Please share…this is cool!

Are you kidding ….this is a war for a territory worth billions of dollars. Calling it ‘politics’ or ‘a technical issue’ or suggesting ‘sprint needs to test the market first’ are all really funny explanations. Reality is Verizon, Google, Time Warner, have all successfully beat down ATT in NYC. I wonder how? I mean Apple has billions to dispose of too right? The reason in my view is simple: This is a turf war for billions in revenue.