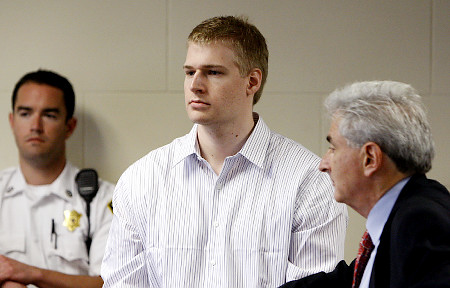 News broke yesterday that the ‘Craigslist Killer’ had died.

The ‘Craigslist Killer’, or Philip Markoff, was reportedly found dead in his jail cell yesterday one day after what would have been his first wedding anniversary.

The reports are that he killed himself.

Philip Markoff was indicted on charges of murder and armed robbery in 2009. He claimed innocence of all the charges, but there’s a mountain of evidence that he was the “Craigslist killer” who met with and robbed at least three women via Craigslist and murdered one.

Markoff has been on suicide watch previously, and for some reason this time, he was left alone in a prison cell.

His fiancée at the time of his indictment stood strong in his defense saying that he would never do such things – “he was a beautiful man inside and out”.

However, after multiple visits to the prison his fiancée decided to break it off.

And here we are with Philip Markoff killing himself one day after what would have been their first year anniversary.

Coincidence – I think not…