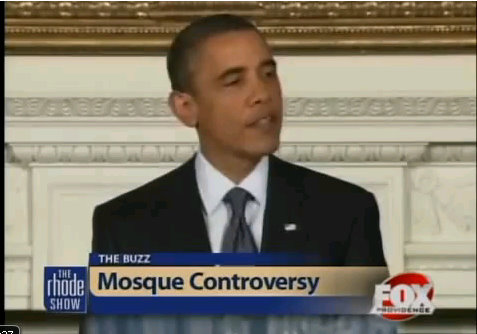 In what is becoming one of the most controversial issues to confront the The White House and President Barack Obama, the President made it clear that he “supports the freedom to practice religion in America” as his reason for supporting the plan.

The Republican Party is hammering President Obama saying he is “detached from the American people” because of his support of the Mosque being built.

Here’s a  news clip where the President shares his views on the construction of a Mosque near Ground Zero, and of Republicans expressing their thoughts about the President: