Here’s the current path of Hurricane Danielle according to the Nation Hurricane Center: 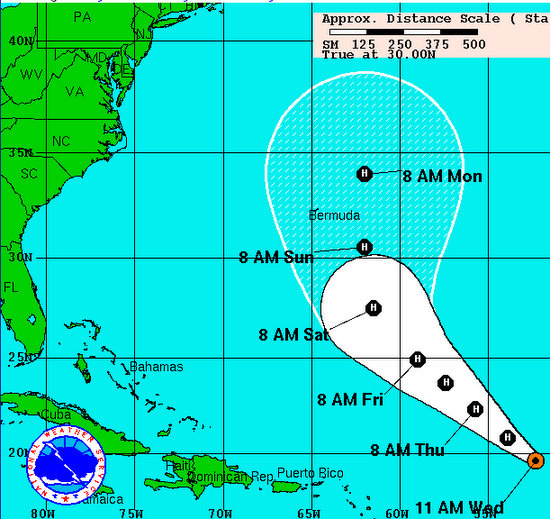