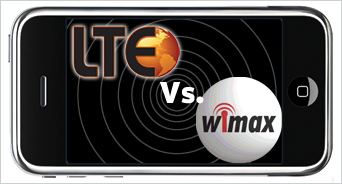 I just wrote about how MetroPCS is bringing 4G to Dallas and Las Vegas next month (September).

Well guess who else just so happens to have 4G running in Dallas and Las Vegas?

You guessed it… Sprint’s 4G network is already running in those two metro areas.!

So if I’m not mistaken (which I admit, can happen from time to time), this means the 4G mobile internet wars have official began.

And the battle grounds begin in Dallas and Las Vegas.

This is going to be exciting to watch as two of the mid-size mobile phone carriers battle for 4G dominance.

But just wait until one of the giants shows up for battle – that being Verizon or AT&T – that will be like a nuclear bomb being dropped on both MetroPCS and Sprint.

That’s what I think anyway…

I’m sorry Jeff, but they will be 4G. I think you are referring T-mobile’s and ATT’s HSPA+ networks which are more advanced 3G networks. Sprint will be using Clearwire’s WiMax network and Metro PCS will be using their own LTE network. All of which meet 4G standards.