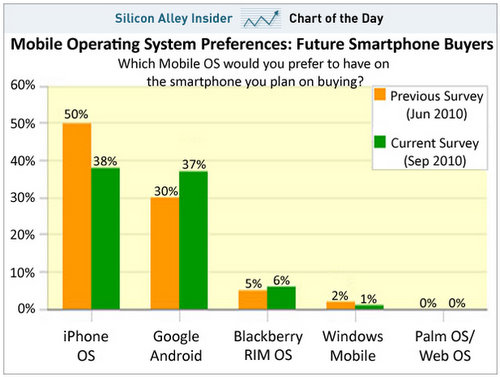 An interesting chart was released by Business Insider that shows a graphical representation of interest (consumer interest) in various mobile phones over time. The shocking element to me was the iPhone results that showed the interest in the iPhone is decreasing from June 2010 to September 2010. This would indicate in part that the aggressive expansion of Google Android phones is working – at least in the area of stealing Apple’s market share of attention on the iPhone. I believe that Apple needs to start opening up iPhone markets by expanding to other carriers – and this should happen sooner rather later.