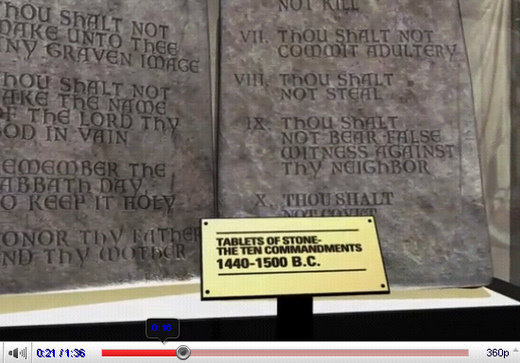 The battle of the tablets is heating up and Motorola is ready to get in on the action. Motorola has released a pretty awesome commercial that walks us through the history of the tablet, from Egyptian hieroglyphic tablets in 3200 B.C., to the latest Samsung Galaxy Tab in 2010 A.D.  Motorola’s commercial points out the deficiencies of tablet releases up to this point, including the deficiency of the iPad being just like an overgrown iPhone.

Check it out below – here’s the Motorola Android tablet (pre) commercial:

The fact that that’s a screencap of a YouTube clip is insanely confusing… I clicked on it, and got redirected back to this page? Just embed the video. Jeez. (Oh I see what happened. It was a Hit The Jump situation. Fine.. whatever.)