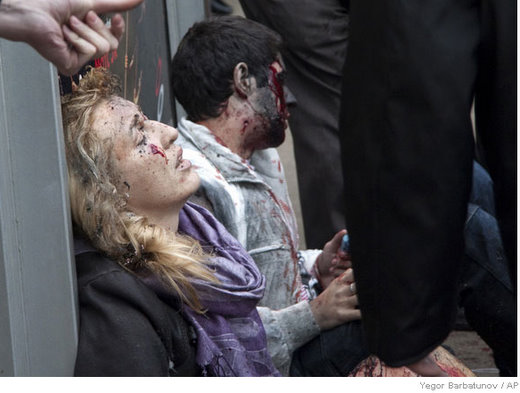 WHY???? Yes, I’m mad, frustrated, disturbed, confused, all at the same time – why do people so freely conduct such acts of violence on innocent people?

I was just browsing the list of newspapers at Arts & Letters Daily when I found one particular publication stand out among the rest – it was The Moscow Times.

Although this incident happened back in March, the reality is still the same, our world is changing and becoming a more dangerous place to live – but why?

I found it particularly interesting because although I spend most of my day online, reading about tech from some of the biggest online publications in the world, yet I never remember reading anything from The Moscow Times.

In fact, I didn’t even know The Moscow Times existed until just today.

What I found on the The Moscow Times was particularly disturbing to me, to say the least.

I was reading about how two female suicide bombers blew themselves up on the Moscow Metro Subway station killing 39 people and wounding another 70.  And the 70 wounded were in such bad shape that the death toll could easily rise.

My thoughts immediately came back to my life here in the US, and how it’s scary to think about the vulnerability of US citizens as we come and go in our daily lives.

I’m disgusted at the acts of inhumane killing of innocent people, and stories like this – two suicide bombers killing themselves and others.

I suppose initially I was impressed with the fact Moscow had their own online publication – and it looks pretty impressive and I will more than likely browse through it more often now that I know it exists.

But also because I’m just hurt – saddened – and disgusted all at the same time – and confused on top of it all as to why people find it acceptable, honoring even, to conduct such horrific acts of inhumane violence.

Again, I ask WHY?