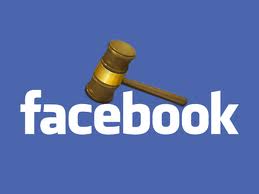 So it is no wonder that social networking sites are used by employers to vet possible employees and even fire unsuitable employees whose sites have content that defames the employer.

A recent study done by Microsoft has found that 75% of companies require human resource departments to research applicants online. And even more astonishing, the study found that 70% of companies have rejected applicants based on information found on social networking sites.

Even if you are careful with public information on your networking site, that’s not enough anymore. Some states have ruled that privacy in these sites is not guaranteed. In fact, Facebook even states it directly in its terms of use.

Of course, there are some things an employer still cannot fire you or refuse to employ you over. Things such as disability, marital status, religion, etc. that are protected already by law. But, slandering your employer, their customers, or contractors is grounds for termination.

Moral of the story: be careful what you say on Facebook or your networking site. This should already be a no brainer after all the press about cops busting drug users and teenagers committing suicide over cyber bullying. However, the line with termination and employment is a grayer, especially as each state has its own laws pertaining to social networking, employment, and privacy.

For more information visit this article and check with your own states laws:

Jeannie lives with her nuclear engineer husband and slobber bucket
baby boy in Norfolk, Va. She enjoys writing, long walks on the beach, and Piña Colada.