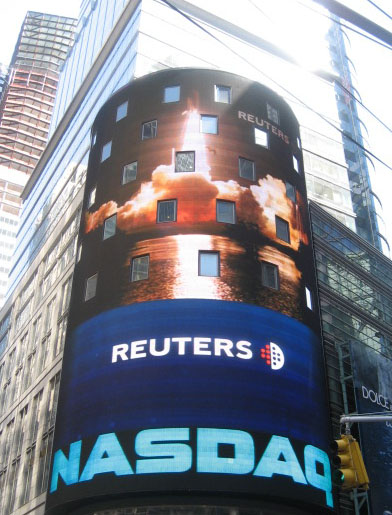 This is a little bit scary, I must admit.

According to the Wall Street Journal, hackers have successfully penetrated the computer systems of the NASDAQ over the past year.

And this has not been just a one time occurrence.

The NASDAQ computer systems have been successfully hacked and penetrated repeatedly over the past year, according to NASDAQ officials.

According to the WSJ, “So far, [the perpetrators] appear to have just been looking around,” said one person involved in the Nasdaq matter. Another person familiar with the case said the incidents were, for a computer network, the equivalent of someone sneaking into a house and walking around but—apparently, so far—not taking or tampering with anything.

An investigation is now being conducted by the U.S. Federal Bureau of Investigation and the U.S. Secret Service.