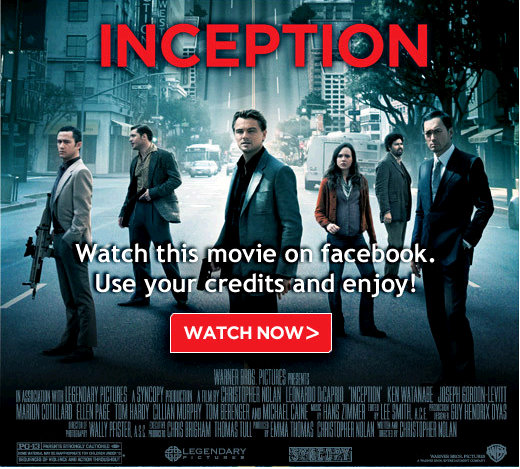 It was only a couple of weeks ago now that Warner Bros, in partnership with Facebook, brought the first ever movie rental to the Facebook graph. Warner Bros release Batman: The Dark Knight for rent on Facebook.  You could – and still can – rent the movie for only 30 Facebook credits, or $3.00, and get access to the movie for 48 hours.

The Warner Bros / Facebook movie rental hookup allows you to watch the movies from any computer, mobile device, or any other platform where you are accessing Facebook.

Today Warner Bros. announced an expansion of the movies available to rent on Facebook.  I decided that it might be a good idea to keep a tally on the list, since you can’t really find it anywhere at the moment.

So here it is – the one and only list of movie from Warner Bros. that are available to rent and watch directly through Facebook.  The links below will take you directly to the movies rental page.

Harry Potter and the Sorcerer’s Stone

Harry Potter and the Chamber of Secrets

Life as We Know It

More titles are coming, according to Warner Bros., just not exactly sure when, or what movies they’ll be.  But as they come out and I find out about them, I’ll keep updating this page for you.