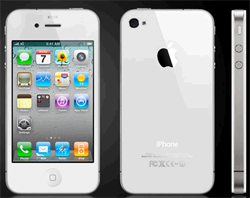 Apple may have just taken steps to clear out any and all hopes of ever seeing a white iPhone 4 come to the market place.  According to Gizmodo, all mentions of the white iPhone 4 has been wiped from the Apple store, and all the images that used to have the white iPhone in it have been switched to black.  Exactly when the new iPhone 5 is coming to market is anyone’s guess.  Some thought the end of June, but then other rumors placed it as late as September. But regardless of the “when”, it seems likely that Apple has just completely given up on the white iPhone 4… for now anyway.

via Gizmodo, Cult of Mac

One reply on “Did Apple Just Remove All Hope of a White iPhone 4?”

This iphone4 is great, even it is vey short, but telling you all the things about iphone4
iphone4 isn’t just one thing. It’s thousands of things. Go to http://www.ecttops.com /ipad and learn exactly what makes iPad so magical and revolutionary.