This is probably one of the most intense images I’ve ever seen.  Here you have the powers that be in the United States watching either the mission where Osama Bin Laden was killed, or being briefed on the mission apparently in real time.

You can tell by the looks on their faces that what they are either hearing or watching is some serious stuff – especially the look on Hilary Clinton’s face which is near shock at whatever she sees or is hearing. 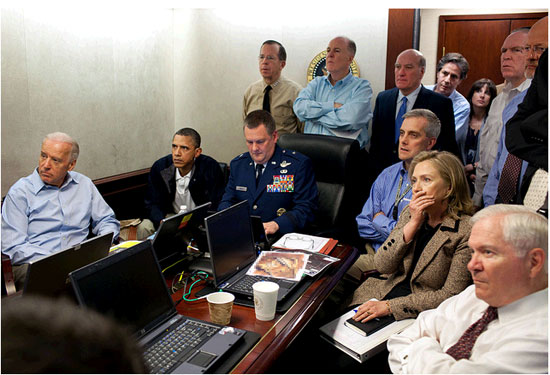