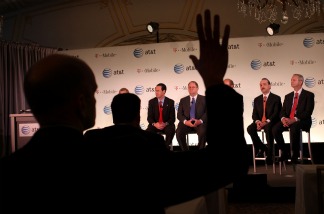 A high level AT&T rep has confirmed today that the iPhone 5 will be coming in early October, according to BGR.  The source at AT&T apparently told several employees about the early October launch date.

This is exciting news because two days ago I reported here at SMSEO that the iPhone 5 release date was going to be October 7 with pre-orders opening up on September 30th.

According to the AT&T VP, as reported to other top level managers, “Expect things to get really, really busy in the next 35-50 days, so prepare your teams accordingly.”

Perhaps the most impressive underlying story in all of this is Apple expects to ship 26 million iPhone 5’s by the end of 2011.  Based on the amount of rumors surrounding the Apple iPhone 5, and the frenzy that is being stirred online when just the slightest iPhone 5 rumors hits, I expect the iPhone 5 to sell more units than all other iPhone’s combined.  Which will probably mean also that the iPhone 5 will sell out much sooner at the retailer locations.