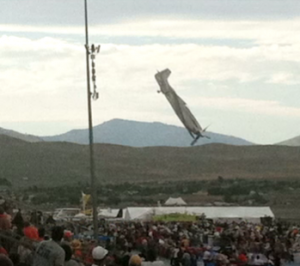 Video and pictures below show a devastating plane crash at a Reno, Nevada air show killed 9 people and injured a total of 69.  This sad story brings the question, is the thrill of plane racing worth the danger of crashing?

Witnesses said that as the P-51 Mustang Galloping Ghost piloted by Jimmy Leeward rounded the final clubhouse turn, something dropped off the tail of the plane, and that that may have been what caused the problem.

“Pictures and video appear to show a piece of the plane was coming off,” Rosekind said at a news conference. “A component has been recovered. We have not identified the component or if it even came from the airplane. … We are going to focus on that.”

“I saw the spinner, the wings, the canopy just coming right at us. It hit directly in front of us, probably 50 to 75 feet,” Ryan Harris, of Round Mountain, Nev., told The Associated Press. “The next thing I saw was a wall of debris going up in the air. That’s what I got splashed with. In the wall of debris I noticed there were pieces of flesh.”

Be Advised: The video of the Nevada air show crash may not be suitable for younger viewers. 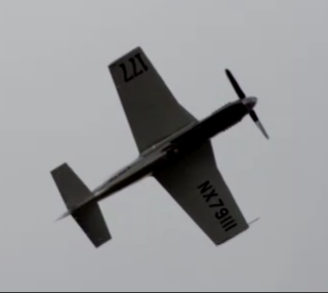 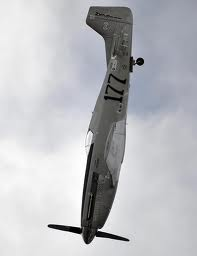 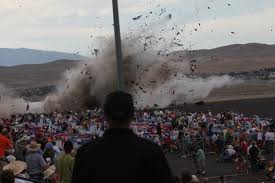 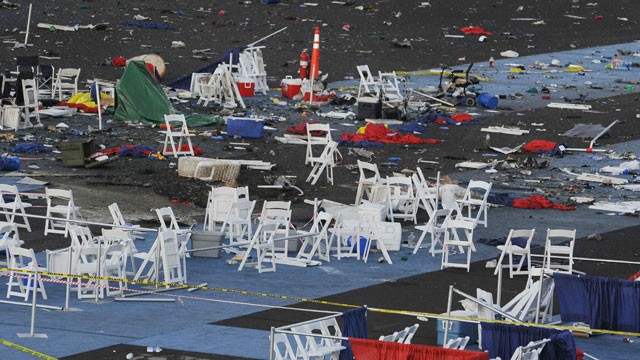