Golden Corral’s Yelp review reputation has always been mixed until now:  There’s heavy buzz on Yelp and the internet concerning recent food poisoning at the famous buffet, Golden Corral.  Apparently 167 were left sick and since then Yelp has been flooded with bad reviews.  This is what can shut a business down.  Check out some of the reviews found on Yelp:

This was the worst experience I’ve had in Casper.  The Bourbon Chicken gave me travelers dysentery, and I willingly eat street vendor food in Peru, Mexico and Nicaragua and have never gotten this sick.  The point is, I know world class bad food and this is in the top 2 or 3 in el mundo!  The steaks looked OK, but I never got there.
The Chinese was aged, the Italian looked Chef Boy Ardee like, and getting ill on first dish was my only saving grace.  The chocolate fondue had berries and marshmallows dropped in it.  I can’t imagine the crew training they get there….maybe it was everyones first night.
So say grace and ask forgiveness before you go.. 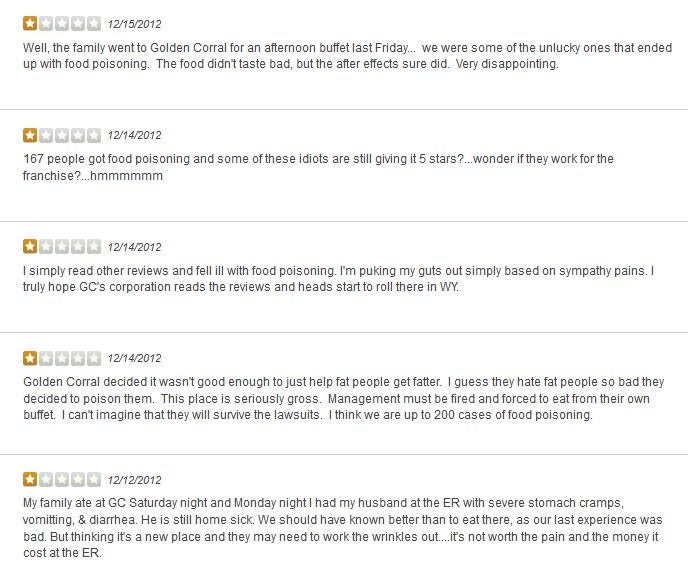