The Mars rover Curiosity found what many are calling a martian ‘flower.’ According to photos sent from the rover, there seem to be peculiar petal-shaped objects sprouting out of Mars’ red earth. The objects are pearl-white and clustered together. 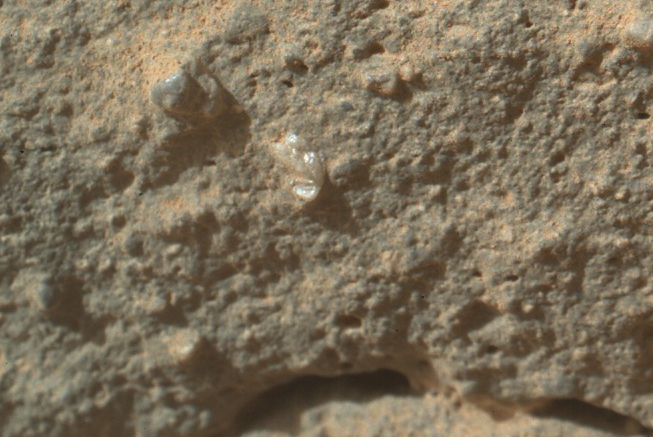 Over the past couple months Curiosity has found numerous objects scattered across Mars’ surface, though all of these have been plastic pieces that have broken off from Curiosity itself. The flower-like object, however, is not one of these plastic pieces, claims NASA officials.

“I would guess that the ‘flower’ was someone’s descriptive term for its appearance, not meant as an interpretation that flowers exist on Mars,” said NASA spokesperson Guy Webster.

In addition to the martian flower, the Mars rover Curiosity also found a snake-like rock so large that it took numerous photos to capture the rock’s total size. NASA scientists are calling it “Snake River.”

“It’s one piece of the puzzle,” said rover mission project scientist John Grotzinger, of the California Institute of Technology in Pasadena. “It has a crosscutting relationship to the surrounding rock and appears to have formed after the deposition of the layer that it transects.

The Mars rover Curiosity is currently on a two-year mission to determine if the planet was once habitable for microbial life. Curiosity is now driving toward a 3-mile high mountain, and along the way it is finding such things as the flower and the snake rock.

“The area the rover is in looks good for our first drilling target,” said rover project manager Richard Cook. After the drilling begins, Curiosity will begin to make greater discoveries than the ones recently found. Who knows, Curiosity may in fact find life buried somewhere in Mars’ surface.