The Mall of Louisiana was emptied after a flash mob turned ugly, its participants breaking into fights and causing mass panic throughout the mall. 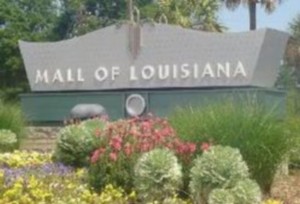 According to police, the flash mob consisted of over 200 juveniles meeting at the mall’s food court approximately at 6pm. Police were called when fights reportedly broke out between juveniles, and three separate police agencies responded to the scene.

“We think there was some sort of post on social media about a flash mob for tonight which drew such a large crowd of juveniles,” said Casey Rayborn Hicks, a spokeswoman for the East Baton Rouge Sheriff’s Office.

Although no one was injured due to the mall emptying after the flash mob turned ugly, video of the incident clearly show officers chasing juveniles throughout the mall, with ambulances waiting outside to cater to anyone injured.

“Never been that scared in my life,” said Juston D’Nea Millet on Facebook. “People were running everywhere. It was like a movie, but you were in it.”

Witnesses claim some flash mob participants flipped over tables, jumped over railings, and clogged escalators and elevators. Some even heard rumors of a juvenile carrying a gun, though police found no evidence backing this rumor.

“I grabbed my son and took off running, but all the doors to the stores were closed,” said a witness remaining anonymous. “I ran through a side door into the parking lot and ran around trying to find my car.”

Police closed down the mall and kept it closed for the rest of the night. Many juveniles were held in custody by the police, able to be picked up by their parents only when the situation was completely under control.

Up to 10 people are expected to face criminal charges for inciting a riot.