Someone’s getting fired: a US Navy minesweeper has run aground on a reef in the Sulu Sea in the Philippines.

It’s still there, too, stuck on the reef and unable to get free. Reports claim all 81 of the ship’s crew are uninjured and there are no indications of a fuel leak. 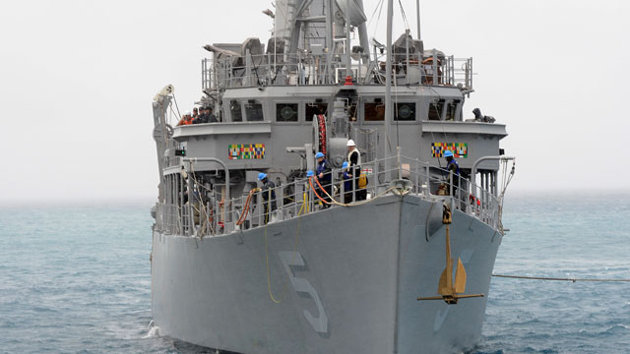 Still, it’s there, and the Navy has yet to find a way to free the ship without causing damage to either the ship or the environment.

In an official statement, the Navy said the USS Guardian (MCM-5) ran into the Tubataha Reef, located 400 miles south of the Philippine capital of Manila, at 2:25am local time. The Avenger-Class mine countermeasures ship was transiting the Sulu Sea when it suddenly ran aground.

“The ship is currently stuck on the reef, approximately 80 miles east-southeast of Palawan Island,” said the official Navy statement. “The crew is currently working to determine the best method of safely extracting the ship.”

The Navy also said the incident is currently under investigation, though they did not say who or what specifically they were investigating. As said before, reports claim there are no fuel leaks, and all 75 enlisted men and six officers are uninjured.

The Navy’s 14 Avenger-Class ships “are designed as mine sweepers/hunter-killers capable of finding, classifying and destroying moored and bottom mines.” They feature a wooden hull sheathed in fiberglass, and the 224-foot-long vessels “use sonar and video systems, cable cutters and a mine detonating device that can be released and detonated by remote control. They are also capable of conventional sweeping measures.”

These ships were initially released in the Persian Gulf over the past year to counter any Iranian threats close to the Strait of Hormuz. Now, it appears the real threat is running aground on reefs.