Horse DNA was discovered in hamburgers on sale at supermarkets in Ireland and Britain.  The headlines are glaring with the surprise making everyone wonder if their meat is actually from a cow.  In addition to horsemeat found in hamburger meat, they have also discovered pig.  While pig makes more sense making it’s way into the meat, horse meat has no valid explanation and will be further investigated. 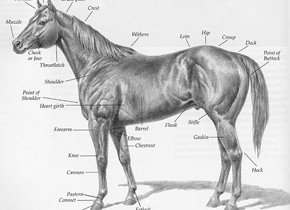 The Food Safety Authority of Ireland said Tuesday that 10 out of 27 hamburger products it analyzed in a study were found to contain horse DNA, and 23 of them tested positive for pig DNA.

“This raises concerns in relation to the traceability of meat ingredients and products entering the food chain,” it said, but noted that the findings posed no risk to public health.

Tesco responded by pulling from its shelves all products from the company that had supplied the dubious burgers.

“We understand that many of our customers will be concerned by this news, and we apologize sincerely for any distress,” Tesco said.

Wow, who know’s what’s going on with meat these days.  How do you know what is being ground up in your meat?  First it was the pink slime incident and now horse meat? This really makes you wonder what’s going on here.  I mean, I don’t think there are any health issues with horse meat but it’s surely not on most people’s minds when they are eating meat, especially when it should be pure beef!  There was an article in the past asking if you would eat horse meat because it was getting more popular as a food source.  Would you eat horse meat intentionally if you were offered to try it?