Many of the injured had to be extracted using special cranes, accompanied by 25 fire engines, multiple helicopter ambulances, and a special accident train. The injured have since been transported to a local hospital for treatment. 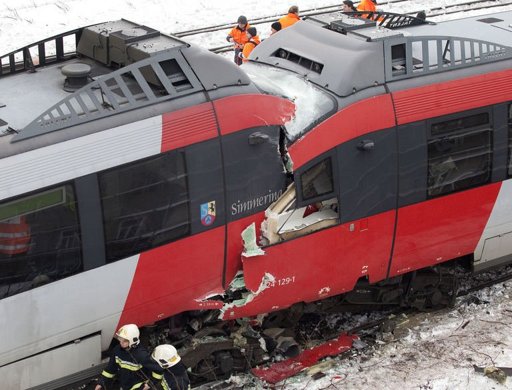 “Two of the seriously injured at in a life-threatening condition, one of whom is one of the train drivers,” said emergency services spokesman Ronald Packert. “In total 41 people were hurt.” He added, “One good thing was that the crash happened right next to an emergency services station, meaning that our people were there in seconds.”

Although many of the injured were easily rescued, one of the seriously injured had to be cut out of the twisted wreckage after being trapped.

The cause of the crash is believed to be a technical fault that caused both trains to be travelling towards each other along the same track, said Austrian Railways. How or why the fault happened, Austrian Railways has yet to release a statement.

“There was a technical problem,” said company spokeswoman Sarah Nettel. “One of the trains received a signal to proceed that it shouldn’t have.” 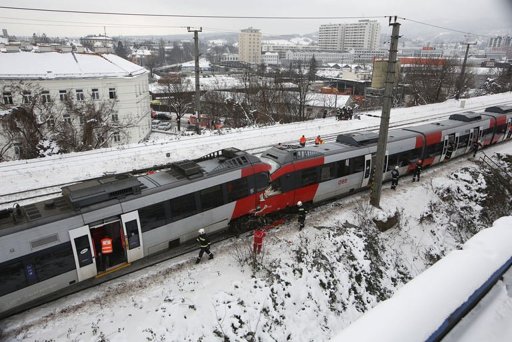 Evacuating the injured from both trains took approximately two hours. The trains crashed head-on at 8:45am in the Penzing district of western Vienna.

This incident is reminiscent of another train derailment that happened last September in the same area, though that accident resulted in no injuries and was blamed on human error.

Train accidents in today’s world remain a rare occurrence, but when one does happen, fear ripples throughout the train-commuting community. It’ll be interesting to see how Austria Railways, or Austria train passengers, react to this accident.