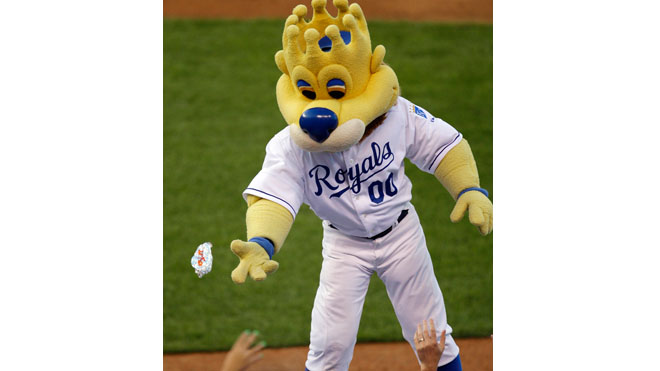 If John Coomer got hit in the eye from a foul ball at the Kansas City Royals game, the team would have likely paid for his surgeries and suffering.  In this case, John was hit in the eye with a hot dog when a mascot threw a hot dog wrapped in foil.

The Missouri Supreme Court is weighing whether the “baseball rule” — a legal standard that protects teams from being sued over fan injuries caused by events on the field, court or rink — should also apply to injuries caused by mascots or the other personnel that teams employ to engage fans.

Coomer, 53, declined to discuss the case. His lawsuit seeks an award of “over $20,000” from the team, but the actual amount he is seeking is likely much greater.

The scary part about this lawsuit is that it directly affects baseball and other sports fans in a big way.  How many times have you heard “getcha hotdog here!” and watched as the fans try to catch the hotdog?  It’s such a fun way to interact when your at an event, but the sad part is that it will probably be eliminated after this lawsuit.  Surely the man was injured, but it seems like it’s one of the first incidents… What do you think, will they get rid of dog tossing?