Last night, some Facebook users spotted a mysterious notification and sign about a new app called ‘Phone’ in Facebook for mobile apps in Android. Facebook immediately took it off from the interface, but a number of users took screen shots of this app notification. The Phone app allegedly is being made by Facebook which will let the users to make calls to numbers. In the description written in the leaked app description, it says that Phone app will also let you see from where the calls are coming from and you could block the numbers as you please. 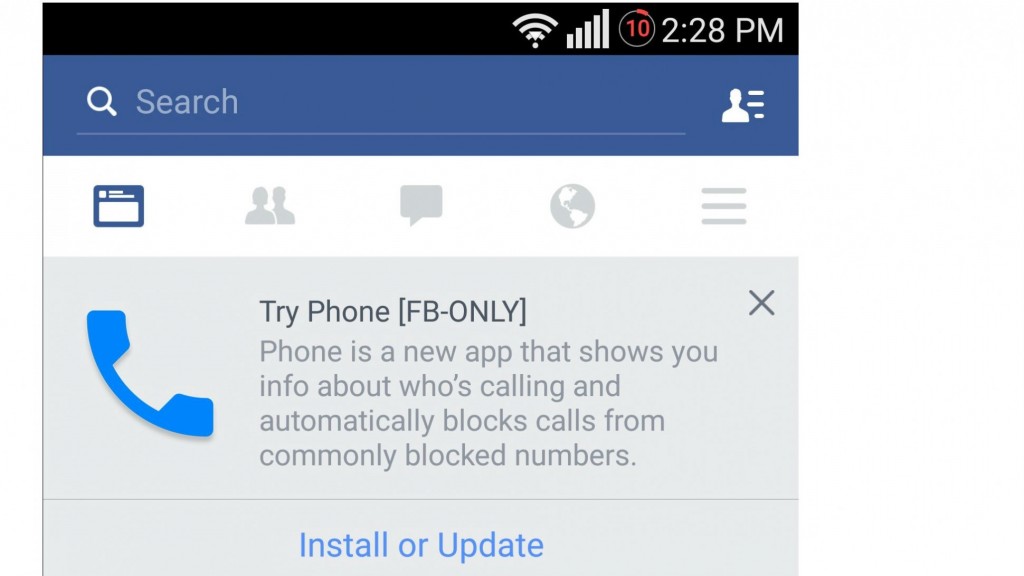 This is a huge news. A free Facebook phone app could mean a massive dent to phone carrier services providers. Facebook acquired WhatsApp and turned it into a billion dollar business. It also rolled out calling feature in WhatsApp for Android. The latest Phone app could be announced anytime soon.

Facebook already has a voice and video calling feature in its social platform, both for mobile and desktop. Then why is the new Phone app coming to the scene? The answer lies in another speculation, which seems close to reality. Facebook wants to make a bridge between carriers and users. So when a Phone app comes for Facebook, you could quickly make calls from your Facebook interface. The calls will be routed through carriers, but extra features like blocking, texting and VOIP calls will be given by Facebook. This could turn out to be a huge business for Facebook.