The new Facebook Lite just released last week, and it’s kind of obvious when you’re looking at it that there are no apps displayed and only an occasional advertiser. And I can’t help but think that the new Facebook Lite version might mean revenue trouble for all parties involved – Facebook, advertisers, and app developers.

The new platform called Facebook Lite is designed to make Facebook more accessible in remote regions of the world where Internet connections are slow, but also for those of us here in the US that are still operating off dial up connections.

If Facebook Lite is to remain stripped down, void o f the heavy java script and PHP consuming apps, then where do the app developers and advertisers fit in with this new model?

And not only the application developers and advertisers, but what about Facebook themselves?  Aren’t they suppose to be generating a primary source of their revenue from advertisers?

I can’t imagine that Facebook didn’t consider this when developing Facebook Lite – so they must have considered all the implications.

And it’s also likely that Mark Zuckerberg, the founder of Faceb0ok, is developing the site with users in mind first, and revenue generation second.  I do believe I’ve seen a video where Zuckerberg states that Facebook, and all their development, is designed with users in mind – if the site always keeps the users of Facebook in mind first, then everything else will take care of itself. 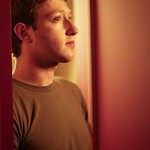 I do like that way of thinking in fact.  I’m just concerned about the fact that advertisers and app developers might need to find a way to generate revenue within this new world of Facebook Lite.