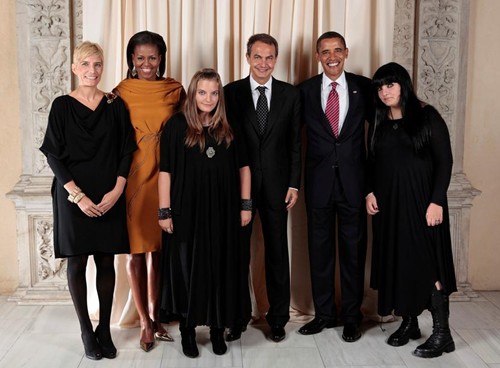 Spain’s First Family, and The Spanish Prime Minister’s daughters, get a taste of the social media with photos being leaked, and then going viral throughout the web.

The problem here is that Spain conceals the photos of the Prime Minister’s family fom the press for their privacy.

But some photos that were taken were actually included in a photograph their parents took with Barack and Michelle Obama.  The picture was then added to the State Department’s Flickr stream.

In the leaked photo, the girls pose in outfits that are typically the fashion statement of those who are into Goth – a subculture movement that has a global following.

So of course, the government of Spain makes an attempt to remove the photos from the web.  But once again, the power of social media wins out and the photos continue to spread.

In fact, searches on Google for the photos are climbing quickly in the trending topics: 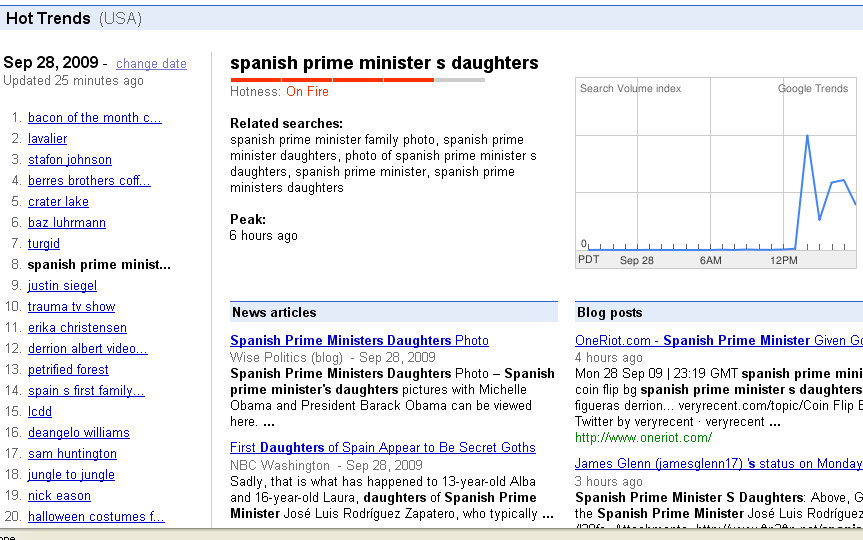