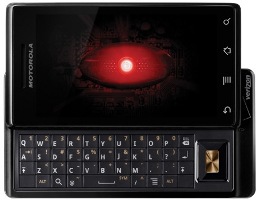 In today’s rising age of mobile phones, more and more people are finding themselves embracing their mobile device more than their PC’s and laptops.

And with this comes the same customer expectations and desires.

People want their mobile phones to be fast, efficient, and always online!

Comparing two of the major mobile phones on the market right now, I looked at the difference in speed between the Droid phone and the Blackberry.

To my surprise, there was really no comparison whatsoever.

The Droid by Motorola has the following speed specifications:

The Blackberry Storm 2 has the following:

As you can see, the Droid phone by Motorola is twice as fast as a new Blackberry Storm2.