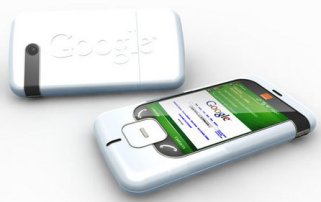 At Google, all new products and concepts are tested on the 20,000 plus employees before they ever reach the public.  This concept is called “Dogfooding” – which implies that Google will eat it’s own dog food before they release it to customers and users.

The rumors about a Google Phone seems to be an extension of this “dogfooding” concept.  Just today The Google Mobile Blog released some information about how “dogfooding” is going mobile.

And apparently there are hand-held devices created at Google specifically for this “mobile dogfooding” – or testing of mobile products by Google employees.

Mashable has stated today that the article by Google is in response to the “tweets” and rumors about a Google Phone.  However, I don’t agree with this view.  The article simply seems to be an announcement to the public that Google is taking their “dogfooding” practice mobile and they simply wanted to tell people about it.

What I do see happening however is these devices that are being used by Google could easily make it to the market-place – so perhaps this is the root of the GooglePhone buzz.