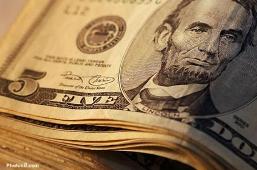 Wow, the negative content streaming onto the web over Google’s Nexus One phone today is coming fast and furious.

Primarily, the issue of customer service is killing Google right now because in order to get any questions answered, you have to email Google and wait 2 – 3 days for a response.

According to PC World:

…yes, you can buy an unlocked version of the Nexus One for $529. You can also buy the phone for $179 with a two-year T-Mobile contract. But if, within the first four months of the latter option, you decide T-Mobile’s not for you after two weeks of ownership, Google sticks you with a $350 early termination fee in addition to the $200 fee from T-Mobile, plus the original $179 price tag.

What do you get for that $729 phone? One that only fully works with T-Mobile, anyway. The Nexus One isn’t equipped to run on AT&T’s 3G network, only the slower EDGE network, and it can’t run at all on Verizon Wireless or Sprint. Google says it’s working on a phone optimized for Verizon Wireless, but it’s certainly possible that you’d end up with the opposite situation — a phone that partly works with Sprint, doesn’t work with T-Mobile or AT&T, and carries the same early termination fees.