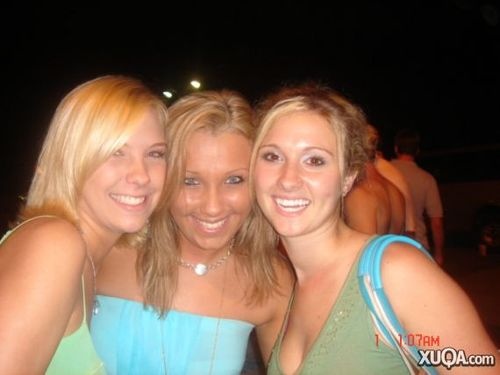 The drama that is about to unfold might be unlike anything The Masters has ever seen. News is just now breaking over another affair that Tiger Woods was involved with and this time it’s with his neighbor’s daughter Raychel Coudriet.

According to The National Enquirer, Raychel Coudriet, now a 22-year-old grad student at a state university in the south, had a torrid one-night stand with the cheating champion that left her “shaken and humiliated,” says one of her close friends.

The timing with The Masters

According to NYDailyNews.com, The revolting revelation came a day before Woods is supposed to end his five month exile from professional golf and tee up at the Masters tournament in Augusta.

If this is the case, then this will have a huge negative impact on Tiger Woods’ public confession speech and his other news conferences where he claimed that all of this is now behind him.

And worse yet, it will create a media whirlwind in Augusta at The Masters.

All these shameless, immoral, women, that became involved with Tiger Woods, like this one, knew that he was a married man with children that he was never, ever going to leave his decent wife for any of them. He used them just for dirty s*x and they went ahead and accepted it, so why are they complaining now and about what? They are just paying for their stupidity and poor choice. I will tell them to take a hike and get lost! They need to move on and accept they are as much guilty as Tiger!!!!!!!!!!!

Ya those dirty b***hes need to shut the hell up.

i agree with the two posts below me…none of these women had to sleep with tiger, especially this girl, the strippers i can understand doing this, they have no moral code. This girl on the other hand was some spoiled girl that wanted to sleep with woods, and now is regretting it because everyone is looking down at him

Leave Tiger alone….He will break Jack’s record if he is allowed to do what he does best!..F@#k and play golf! He managed just fine by mixing the two for many years. He looks stressed on the course now! Nothing to look forward too after chatting to his boring golfing buddies after the round. No more threesomes, poor man, Jack is safe as long as we keep scrutinizing Tigers every move!