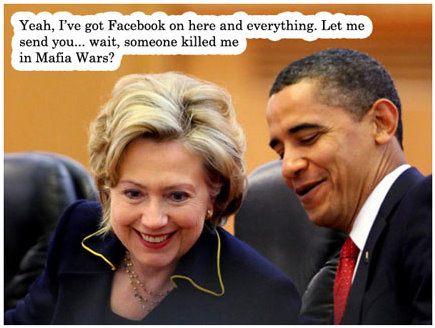 Read below to see the whole series of images – it’s funny!

I just found this hilarious set of pictures that were put together by Superpoop.com. The images below show President Barack Obama sitting with Hilary Clinton at what appears to be a high level meetings. But Barack Obama is looking down at something – that is played out to be a mobile phone apparently – while Hilary Clinton leans over to see what he’s doing.

The commentary has Barack Obama smiling and then saying:

Yeah, I’ve got Facebook on here and everything. Let me send you… wait, someone killed me in Mafia Wars.

Love the look on Hilary Clinton’s face after reading that.

Here’s the images from Superpoop.com: 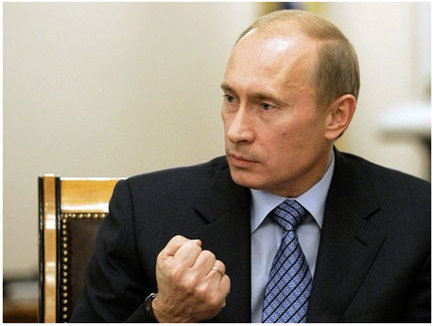 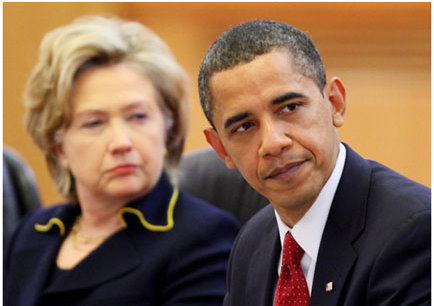