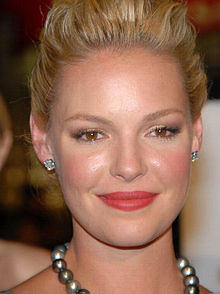 This time Katherine Heigl has stated that she loves motherhood so much, she wants to give their daughter a little brother or sister.  Heigl is married to musician husband Josh Kelley. She says she’d love to have another child as soon as possible. She’d love to have a biological child, but is more than happy to adopt again.  She and Kelley adopted 17-month-old Naleigh last year.

“We started talking about adoption even before we were engaged because it’s really important to me, it’s been a big part of my life and my family — my sister is Korean and my parents adopted her back in the 70s and so I just always knew that this is something I wanted to do,” she said.

Heigl started her career as a child model before turning to acting. She made her debut in the  film, “That Night”.  Heigl co-starred  in the television series “Roswell”  – and co-stared  in the movie  “My Father’s Hero” before landing her break out role in “Grey’s Anatomy”. Over the years, Heigl has established herself as a cover model appearing on numerous magazine covers.